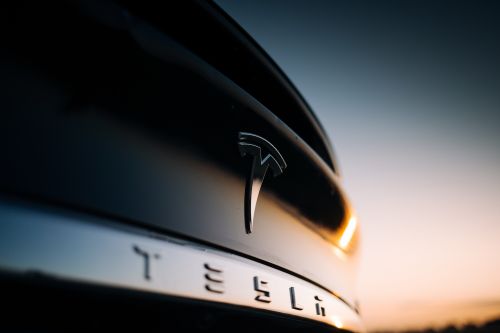 Published on April 30th, 2020 | by greentechheadlines

With no clear end in sight for closures at Tesla’s Fremont electric vehicle and Buffalo solar factories, the company put its financial guidance “on hold” in its first quarter earnings announcement Wednesday, part of a long list of clean energy companies grappling with fallout from the coronvairus crisis.

Tesla previously announced that it produced a record number of cars for the first quarter of the year: 102,672, with 88,496 delivered. The company began production of the Model Y crossover, and the newly built Shanghai factory reached “record levels of production.”

The energy side of its business was more of a mixed bag, however, with solar installations slumping after a pivot last year to online-only sales.

The global economic slowdown may be slamming the global electric vehicle market, but it is not halting Tesla’s plans for expansion, including ramping the Model Y in China and developing a factory in Germany.

“We are absolutely pedal to the metal on new products and expanding the company,” CEO Elon Musk said on a Wednesday call with investors.

The coronavirus slowdown did manifest in a surge in manufactured cars that could not be delivered at the end of March. That inventory, equivalent to 20 days of supply, reduced operating cash flow by $981 million, resulting in negative free cash flow of $895 million.

But Tesla raised $2.3 billion in a stock offering in February, just before the coronavirus pandemic brought the U.S. economy to a halt. That raised the company’s cash to $8.1 billion by the end of the quarter, padding its reserves to weather the economic uncertainty.

Tesla’s share price has proven remarkably resilient in recent months. After offering new shares in February, the price rose, instead of dropping in response to the dilution. The company hit a peak above $900 February 19, then fell by more than half during the market-wide mid-March trough. Since then, Tesla climbed back up to nearly $800 per share, and it rose 9 percent after hours following the earnings announcement.

The first quarter is seasonally the slowest for solar installers, but when the market is growing, they improve Q1 numbers year over year.

Tesla took a different approach: its solar installations declined 26 percent in Q1 2020 compared to Q1 2019. The major variable that changed in the last year was the final shift to online-only sales. Tesla decided to dump in-store sales in February 2019, following its retreat from door-to-door and an in-store partnership with Home Depot.

“This is the first full Q1 we’ve seen since the online-only shift, making it hard to account for both seasonality and shifts in sales tactics in assessing their performance this quarter,” said Wood Mackenzie solar analyst Bryan White.

In other words, it’s hard to tell if Tesla’s online sales have improved since that shift; what’s clear is that total sales have declined since the company got rid of in-person sales.

The shift to online made Tesla an outlier at the time, but coronavirus lockdowns have forced the rest of the industry to hastily follow suit. It’s possible that Tesla’s first mover advantage will position it to sell more effectively than its peers. However, since stay-at-home orders only started affecting U.S. solar business in the waning days of March, the repercussions are not yet visible.

“I don’t think we will really see if Tesla has some experiential benefit from being an earlier mover on online sales until next quarter, when we see Q2 results,” White said.

Tesla revealed that more than 40 percent of its residential solar customers add storage, which appears to be the first time the company shared what’s known as the attachment rate for solar-storage. Competitor Sunrun reported that 20 percent of its in-house national solar sales include batteries, but 35 percent in California do.

Tesla said it has now installed 100,000 Powerwalls; it’s unclear how many customers that corresponds to, because households often need multiple Powerwalls to cover their needs. But it indicates an advantage over Sunrun’s reported 9,000 installed home solar-plus-storage systems.

Strong customer pull for Tesla’s battery systems — Musk said demand had outstripped what he could supply in 2020 — may not translate to business success, however. Energy generation and storage only brought in $293 million in revenue, lower than any of the previous four quarters, and it came at a cost of $282 million.

Tesla touted “a significant milestone” reached in the first quarter: “In a single week, Solar Roof production exceeded 4 [megawatts], enough for up to 1,000 homes.”

That means that Musk missed his previously announced goal of reaching that level of production in 2019.

When Musk tweeted that goal, in July of 2019, WoodMac solar analyst Austin Perea commented that “Elon Musk will put a man on Mars before he produces 1,000 solar roofs per week by end of year.” The prediction proved accurate.

“Punctuality is not my strong suit, but I always come through in the end,” Musk said on the call, referring to other time-based assertions he had made.

The phrasing of the solar roof disclosure deserves some scrutiny. The 4 megawatts of production only translates to 1,000 roofs if each home only needs 4 kilowatts of solar capacity, which is less than the average residential system in the U.S.

It’s also not clear if the factory is able to sustain that level of production, or if it was content fulfilling that promise “in a single week.” If Tesla maintained that level of output, it would manufacture about 48 megawatts of solar tile capacity in a quarter. That exceeds Tesla’s combined solar panel and tile deployments in all but one of the last four quarters.

In any case, installations won’t reach that level for some time.

The goal is to ramp installations to 1,000 per week by the end of the year, adjusted for seasonality, he noted. That would involve hiring 1,000 solar roofer teams to finish each house in a week or less.

“Demand is good, production is good, so it’s really all about the install,” Musk said.