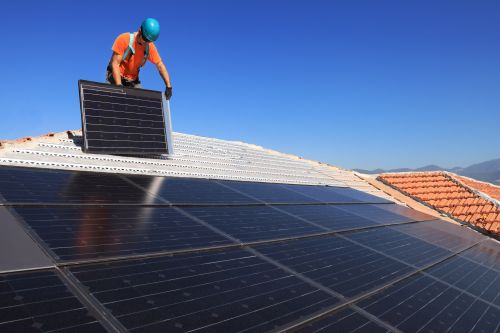 Published on April 20th, 2020 | by greentechheadlines

Solar net metering, the backbone of the U.S. rooftop solar market for the past two decades, may be facing its most important legal challenge in years — and it’s coming at a time when the industry is already reeling from the impact of the coronavirus pandemic.

A nonprofit group that’s spent years fighting clean energy legislation in New England is pressing federal regulators to approve a legal argument that could lay the groundwork for challenges to the solar net metering policies now in place in 41 states.

Last week, the New England Ratepayers Association (NERA) filed a petition with the Federal Energy Regulatory Commission, asking it to declare “exclusive federal jurisdiction over wholesale energy sales from generation sources located on the customer side of the retail meter.” In other words, NERA is asking FERC to assert control over all state net metering programs, which pay customers for the energy they don’t consume on-site, but feed back to the power grid.

Ari Peskoe, director of the Electricity Law Initiative at Harvard University, wrote in a tweet that NERA’s petition “seeks to end net metering as we know it.”

It’s unclear why NERA would see net metering regulations that have been debated and amended at the state-by-state level for decades as a pressing matter for FERC to resolve. NERA, a tax-exempt 501(c)(4) organization that is not required to disclose its donors, has asked FERC to take it up “as promptly as practicable,” going so far as to pay a $30,600 filing fee for a type of filing that asks FERC to take immediate action to resolve a pressing controversy that’s causing “uncertainty, ambiguity or controversy” in the electric industry.

The day after NERA’s filing, FERC set a May 14 deadline for parties that might oppose or support it to file comments that could influence its decision.

In a statement accompanying its FERC petition, NERA argued that net-metering laws are “socially regressive and overcompensate distributed generators at the expense of all other electricity consumers.”

NERA’s petition, and the speed at which FERC will consider it, has raised alarm bells among pro-solar legal experts and watchdog groups who fear it could undermine energy policies set by states now struggling to contain the spread of the coronavirus pandemic.

Jeff Dennis, general counsel at Advanced Energy Economy, said his group is considering its options to urge FERC to provide more time for comments given the constraints many organizations and agencies are currently under.

Considering these coronavirus-related struggles — and the fact that “neither the legal or the factual foundation of this petition are new” — a May 14 deadline for comment “seems like an inappropriate deadline, given what folks are dealing with right now,” Dennis said.

Tyson Slocum, energy program director for consumer advocacy group Public Citizen, went further in a Friday interview, calling NERA’s petition “a deliberate strategy, under the cover of a pandemic, to destroy one of the key policy initiatives for clean energy.”

Slocum said he believes that NERA’s efforts are not on behalf of the New England ratepayers it claims to represent, but for a much smaller group of undisclosed member-donors. “We don’t know yet who they are,” Slocum said, but based on information Public Citizen has gathered, NERA “appears to be a corporate group.”

However, in a Monday email NERA President Marc Brown disputed that.

“Like many other 501(c) organizations, such as Public Citizen, NERA does not disclose its members, who are individuals and businesses, all of whom are electric utility ratepayers in the region,” Brown said. “Public Citizen’s speculative conclusion regarding the constitution of NERA’s membership is based on inaccurately transcribed testimony.”

The potential damage for the solar industry

Led by companies like Sunrun, Vivint Solar, Tesla and SunPower, the rooftop solar market has seen huge growth over the past decade, spurred by favorable net metering policies in key states including California, Hawaii and Arizona, as well as renewable energy credit programs in New Jersey, New York and Massachusetts.

The Solar Energy Industries Association (SEIA) is reviewing NERA’s petition to determine its response, Katherine Gensler, vice president of regulatory affairs, said in a Friday statement. “For rooftop customers, net metering has been a successful policy that has helped drive the growth of solar around the country, while lowering electric bills for homeowners and small businessowners,” she wrote.

If approved by FERC, NERA’s argument could open states to legal challenges to force them to subject net-metered customers to regulation under the Public Utilities Regulatory Policies Act (PURPA). NERA argues all net-metered customers must be paid no more than the “avoided cost” available to “qualifying facilities” under PURPA, which is generally the wholesale rate of electricity — much less than the retail rates customers earn under most state net-metering rules.

As an example of the damage that could result from NERA’s argument beind upheld by FERC, Gensler pointed to the state of Nevada, which in 2015 reduced net-metering compensation from retail to wholesale rates, not just for new installations, but for all existing ones. Solar installations dropped off a cliff, major installers left the state, and a public backlash led state legislators to pass a law in 2017 restoring the state’s rooftop solar compensation structure.

States at the forefront of rooftop solar growth have made significant changes to their net metering policies over the past decade, from imposing monthly fees or demand charges to replacing them with alternative structures. These shifts have come about as states balance the goals of promoting clean energy growth and consumer choice and meeting utilities’ concerns about the costs these programs impose on their non-solar customers and business models.

Given this state-by-state progress, “my initial reaction of this is, why bring this now, given all that’s happening in the world?” Peskoe said in a Friday interview. “It’s a big deal for the states, for the solar industry, for utilities. There’s no reason to bring this up now.”

The legal argument for NEM as a federal matter

Under the Federal Power Act, FERC has authority over wholesale electricity sales in interstate commerce.

FERC has addressed net energy metering before in decisions in 2001 and in 2009, Peskoe said. In both cases, “FERC’s position has been that any time there’s a sale for resale, it’s going to be FERC’s jurisdiction,” he said — a view that supports NERA’s argument.

At the same time, FERC’s 2001 and 2009 decisions “basically said, when a ratepayer transfers energy to its utility through a net metering arrangement, that’s not a wholesale sale; that’s a matter of accounting […] subject to state oversight,” Peskoe said.

NERA’s petition declares that “[t]his reasoning was never correct,” and asks FERC to overturn it.

As for whether net-metered solar is an interstate sale, “there’s no compelling case law that says it is,” and “lots of compelling argument that it is not,” Peskoe said.

NERA argues that any generation source connected to the grid “merges and co-mingles the energy with other energy sources on the interstate electric grid.” Because a power grid is instantaneously energized by every generator connected to it, it could be argued that there’s no way to differentiate between them.

However, as Peskoe argued in a 2018 paper, FERC has not applied the same legal reasoning to distribution-connected assets, but instead has “set a limit on its own jurisdiction and rejected the notion that it has authority over every flow of energy into the grid.”

NERA’s argument, by contrast, would appear to ask FERC to discard previous decisions that distinguish between state-regulated and federally regulated aspects of how power grids operate, and assert control over all of it — including net metering.

“That would be, to say the least, a significant expansion of FERC’s authority over the electricity grid,” AEE’s Dennis said. “It could significantly limit states’ ability to design creative retail programs for distributed energy resources.”

It’s unclear how NERA’s petition will be dealt with by FERC, which doesn’t comment on pending matters.

But FERC’s current Republican majority has shown a willingness to challenge states’ control over their own energy policies, most notably its controversial set of orders forcing mid-Atlantic grid operator PJM to force all state-subsidized resources to use minimum prices when bidding into its roughly $10 billion-per-year capacity market.

Public Citizen’s Slocum said his group plans to ask FERC to demand that NERA disclose its members, to show how they are affected by the net metering laws it’s seeking to overturn. His group has cited IRS documents filed by NERA that show it raised $245,000 in 2018 membership dues, an amount that would indicate that its members aren’t individual ratepayers, but undisclosed corporate entities.

“We will be saying that the petition is deficient at a minimum until NERA discloses who they are, and how they are funding this operation,” Slocum said.

FERC has leeway on how quickly it acts, Peskoe noted. “FERC could sit on this for years, or decide on this as soon as the comments come in.”

Even if it upholds NERA’s argument, “FERC doesn’t have authority to invalidate or preempt state law; only federal court could do that,” Peskoe said. “But it could motivate groups to file litigation in federal court” using FERC’s opinion to support legal challenges.

But utilities that don’t like net metering could be empowered by FERC’s decision to go to state legislators and state regulators to seek changes to existing law. “They could have brought this petition any time in the last 10 years, but they haven’t — presumably because they didn’t want to start this fight between the states and FERC,” Peskoe said.