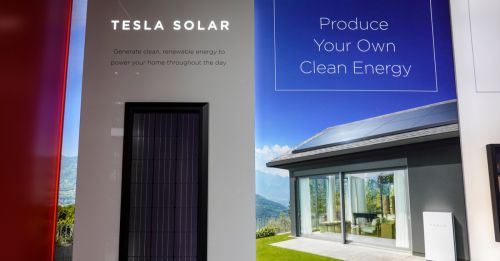 Published on July 29th, 2020 | by greentechheadlines

Since its acquisition of SolarCity in 2016, Tesla has systematically eliminated all active customer-acquisition channels. In 2017 the company stopped door-to-door sales. In 2018, it pulled out of its retail partnership with Home Depot before finally closing all Tesla retail stores in 2019 and directing potential customers to its online platform.

Tesla has now announced that it will deliver the lowest residential solar installation prices in the industry, enabled by a 64 percent decrease in sales and marketing expenditures.

The company made adjustments to its offering as of late July, but Tesla’s new pricing offer is still about 20 percent lower than the industry average established by Wood Mackenzie in a recent report.

Wood Mackenzie has now released a new analysis focused on Tesla that shares three potential price scenarios, each with a different cost stack, in order to better understand the viability of Tesla’s strategy.

WoodMac finds that although Tesla’s approach is likely a window into the future, it is not guaranteed to succeed — and that solar customers will take on some of the risk.

Tesla’s dramatic announcement introduced system prices of $2.01/watt across the board for four standardized system capacities: 4.08 kilowatts, 8.16 kilowatts, 12.24 kilowatts and 16.32 kilowatts (all watt values shown are DC). Those prices are before the federal Investment Tax Credit (ITC) is accounted for.

To put this in perspective, Wood Mackenzie’s assumed pre-ITC residential system prices are expected to sit at $2.87/watt in 2020 (for a 6-kilowatt system with mono PERC modules and DC optimizers).

As part of that analysis, Wood Mackenzie estimated that Tesla’s true cost stack reflects little to no profit margin with a cost of customer acquisition that mirrors that of a smaller local installer. (Customer-acquisition costs for national competitors like Sunrun and Vivint came in at over $1/watt as of early 2020, according to WoodMac, accounting for nearly a third of the overall price of solar.)

How does Tesla believe it can eliminate the most costly methods of customer acquisition and still attract customers?

First, WoodMac notes that Tesla has brand equity and household name recognition that support the lion’s share of its marketing.

Second, given the diversified nature of Tesla’s business and its ability to offset low residential solar margins with more profitable business segments, Tesla’s solar business unit could potentially remain insulated from the margin pressure imposed on its competitors in solar (though not indefinitely).

While this helps explain how Tesla could hypothetically attain such a competitive offering, Tesla’s low prices don’t mean much if the company can’t execute on installation.

Any solar system size you like, as long as it’s…

Along with the competitive system prices, Tesla has introduced a standardized approach to solar sales, offering four system capacity options.

A standard system capacity offering may simplify the initial design and engineering process by reducing variability with module configurations, and therefore simplifying the sales process. But in taking this approach, Tesla runs a higher risk of over- or undersizing the system in a way such that production does not fully offset a customer’s energy consumption.

While this would — or at least certainly should — be communicated to the customer, it is a significant departure from the industry-standard customized sales approach in which the customer’s system is sized to match their system production to energy consumption.

Aside from the installation process, Tesla is taking an even bigger gamble on the way solar is sold by attempting to upend the industry standard: consultative sales.

At a time when Sunrun is betting on the direct-to-home sales channel with its recently announced acquisition of Vivint Solar, Tesla is taking the opposite approach.

Historically, when residential installers consult with homeowners about sizing their rooftop solar systems, they are looking at various factors that include assessing the customer’s energy consumption, rooftop space, available incentives and more, all while addressing the customer’s questions.

For many installers, these are vital steps to ensure the system will yield the highest return on investment or shortest payback period. But it also adds considerable time and cost to the process.

Tesla’s recent decision brings up a crucial question: For solar customers, is the additional cost of consultation and a customized system capacity worth an overall higher price point? For now, given the absolute price of solar — which is still very high relative to other consumer durables — WoodMac finds that the answer to this question is almost certainly yes.

Customers are willing to invest the time and energy into researching a product to ensure they get the best value if they’re expecting to spend thousands of dollars, regardless of the installer. Tesla’s implicit claim is that this assumption does not hold true in a market environment characterized by lower costs.

Still, in the long run, it’s hard to imagine that a national installer can maintain a cost of customer acquisition that amounts to one-third of the overall system price and that solar will continue to be sold on a consultation basis for the next five to 10 years. As such, while WoodMac finds that Tesla may not be successful in its new strategy in the near term, the industry must move toward more standardization if the market is to scale.

Commoditizing the solar sales process: A sign of things to come

Residential solar is moving to a new phase of market maturity. As the industry entered 2020, it was contending with a declining ITC and legacy state markets transitioning away from net energy metering and toward compensating distributed energy resources at location-specific and time-varying values.

Because of the ongoing pandemic, residential installers were forced to materially change how they sell solar to customers as shelter-in-place orders have severely limited in-person customer-acquisition channels and sales consultations.

Anecdotal reports indicate that the industry may be better for it. The transition to digital sales consultation is supporting time and cost efficiencies while increasing lead volumes — though success has not been uniform across all installers. Consumer products have lifecycles, and by most standards, with only 3 percent national market penetration, residential solar is still in the very early stages of its product adoption.

But no consumer goods industry seeks to remain at the point of the adoption curve where sales primarily rely on in-person consultation. And no industry is immune to the trend toward online sales.

Tesla is an early mover to commoditizing the solar sales process, and given the high visibility of its brand, it’s really the only company that has the brand equity to do so. Although Tesla’s success is not guaranteed, its new approach is a sign of things to come.