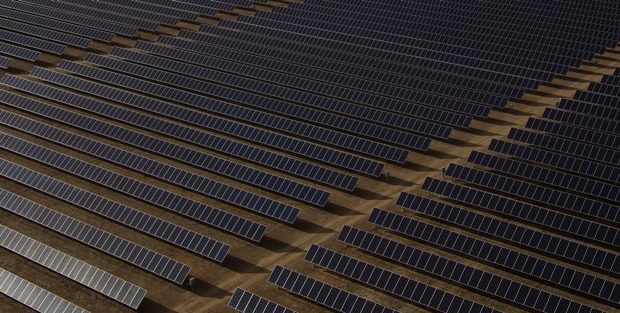 Published on July 31st, 2020 | by greentechheadlines

This week, solar developer Community Energy announced that Henderson
Municipal Power & Light (HMP&L) will be the offtaker of a 50-MW new
solar facility in Kentucky. Through a 20-year Power Purchase Agreement (PPA),
HMP&L will purchase 100% of the output of the new solar farm developed by
Community Energy. Located in Henderson County, the facility is expected to
produce 117 million kWh of solar energy annually starting in 2023, fulfilling
20% of HMP&L’s electricity demand.

HMP&L is a municipal electric utility in Henderson, Kentucky.
The utility has approximately 12,000 meters with an annual peak demand of 106-MW
and annual energy requirements of 600,000-MWh. HMP&L is a Transmission
Owning Member of the Midcontinent Independent System Operator (MISO).

The executive team at HMP&L, said, “It is an exciting time for
us to announce that a portion of the future supply mix will include solar power
produced from a locally built facility. Henderson selected Community Energy
through a competitive process and has found a good partner to move us into the
solar energy business.”

“Our
mission is to deliver solar power at a competitive price,” Joel Thomas, Executive Vice President of
Community Energy said, “But
we believe solar farms can be more than just a source of low-cost electricity.
This solar project will also generate economic growth through new jobs, local
spending, long-term tax revenues, and recurring income for the landowners who
are hosting the facility. During this time when our country is battling
economic headwinds, we are thrilled to partner with HMP&L to put this
project on a path to delivering these economic benefits.”

To
hear more from Community Energy, check
out our recent podcast interview with Brent
Alderfer, founder and CEO of the company.