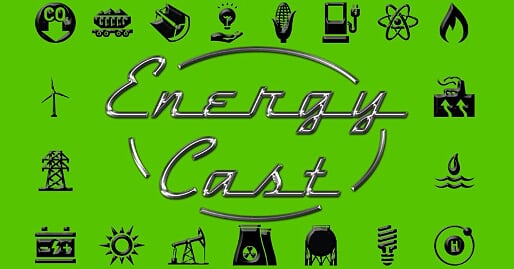 Published on September 25th, 2020 | by greentechheadlines

Energy Cast is a podcast featuring some of the top experts across all links in the energy industry chain, including renewables, generation and more! Jay Dauenhauer created the show and has been hosting Energy Cast for several years.

It was a comment from my guest on Episode 43 that made me look into solar power in space.  During our “Lightning Round,” he said more solar energy strikes the earth on a single day than has been consumed in human history.  If solar cells had a direct line of site to the sun from orbit, then the potential to harvest baseload, abundant energy would be closer to realization.

All searches for “Space Solar” turned up my guest, Dr. Paul Jaffe at the Naval Research Laboratory in Washington DC.  He says NRL and the Naval Center for Space Technology have been developing versions of this technology for years, dating as far back as Vanguard 1, the first satellite equipped with solar cells.

Dr. Jaffe says most of the fundamentals of Space Solar are in place.  They include:

Most of Dr. Jaffe’s research focuses on the first three components (all of which would be in orbit), which he refers to as a “Sandwich Module.”  The key is the power density, by which it would be possible to beam down potentially hundreds of megawatts of energy from a single orbiting satellite.

Dr. Jaffe reminded me that while the laser solution may be more ideal for a utility-based scenario, his employer, the Department of Defense, could find microwaves more cost effective in theater.

Before our interview I was led on a tour around the facility, where I got to see satellite fabrication and equipment for testing the rigors of space.  One of the new technologies being developed is the Robotic Servicing of Geosynchronous Satellites (RSGS) system, which looked like a boxy unit with arms, propulsion, and cameras.  Dr. Jaffe says this is key to the cost-effectiveness of any space solar program, because the alternative would be astronauts doing untold numbers of spacewalks to assemble solar satellites in space.

I am convinced that with lowering lift costs thanks to the work of SpaceX and Blue Origin, the RSGS system, and improved power beaming technology, Space Solar will play a strong role in our energy future…whether it be on Earth, the Moon, Mars, or beyond. (This article was originally posted in January 2019).

Learn more about the podcast here.

Jay Dauenhauer is a project manager developing transmission projects. He previously has led water treatment and recycling projects for oil and gas operations, was executive director of the Clean Coal Technology Foundation of Texas, and was a media analyst for TXU Energy.

View all posts by Jay Dauenhauer