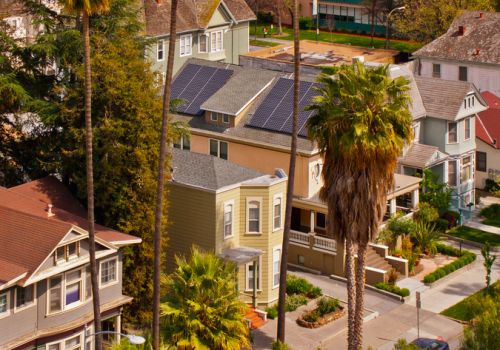 Published on August 28th, 2020 | by greentechheadlines

Distributed Energy Helped Fight California’s Grid Outages, But It Could Do Much More

Distributed Energy Helped Fight California’s Grid Outages, But It Could Do Much More

The call was answered. According to CAISO and the California Public Utilities Commission, consumer conservation and demand-side resources were critical in avoiding more rolling blackouts like those CAISO ordered the evenings of Friday, Aug. 14 and Saturday, Aug. 15.

“Conservation efforts are the only way we have gotten through these peaks,” CAISO President Steve Berberich said last week.

While the grid operator lacks visibility into how much load reduction came from those voluntary energy-saving decisions, it can measure the roughly 1,300 megawatts of residential and commercial-industrial demand response it secured during the crisis.

It also tallied hundreds of megawatts from out-of-market responses, according to a letter from CAISO and the CPUC laying out plans for a “postmortem” analysis of the emergency for Gov. Gavin Newsom and state leaders. Silicon Valley data centers provided about 100 megawatts by switching to backup power systems. Military microgrids, ships and backup generators delivered about 23.5 megawatts, and microgrids funded by state research grants provided another 1.2 megawatts per day.

Microgrids, solar-plus-storage systems, EV chargers, dispatchable energy loads and other distributed energy resources are going to play an increasingly important role in shaping California’s electricity supply-demand balance as it seeks to reach its goal of 100 percent carbon-free energy by 2045.

Beyond these backup systems, behind-the-meter batteries from providers including Stem, Sunrun, Enel X and Tesla shifted their typical operating schedules to maximize effectiveness through 9 p.m. to match the state’s “net peak,” or total grid demand minus wind and solar. Electric-vehicle charging operators like Tesla and Enel X also encouraged customers to avoid charging during peak hours.

Surya Panditi, CEO of Enel X, noted that the company’s demand response, behind-the-meter battery and EV charger assets were able to deliver about 150 megawatts per day during the crisis. “If…the right kind of economic construct [is in place], everyone benefits.”

But this month’s crisis has also revealed a gap between the grid-balancing potential of demand-side resources and the policies needed to bring them to bear, industry participants say.

“We delivered about 50 megawatts of relief to the grid on Friday evening — but we could have deployed about 50 megawatts more if all the policies were in place,” said Ted Ko, Stem’s vice president of policy and regulatory affairs. “What’s ironic is that the [CPUC] and CAISO have been putting up all these barriers to us participating, and then they called us and said, ‘Hey, can you do this for us for free?’”

A 2019 paper from the California Solar & Storage Association lays out a long list of such barriers. One key issue is the rules meant to prevent “double-counting,” which refers to resource-gaming or distorting the market by getting paid twice from different programs for the same service.

This prohibition has been applied in illogical ways, Ko contends. For example, until recently, batteries receiving payments from the state’s Self-Generation Incentive Program were barred from most demand-side resources programs — even though SGIP’s upfront installation incentives are distinct from grid-services payments.

The CPUC has made changes to allow SGIP systems to participate in certain distribution grid programs. But it hasn’t yet set standards for how “multiuse applications,” such as behind-the-meter resources earning incentives from other state programs, can participate in California’s key program for securing capacity to meet grid demand peaks, the Resource Adequacy (RA) program.

CAISO has criticized the CPUC for failing to secure enough RA to forestall last week’s grid emergencies, and reforming the program is high on both agencies’ agendas. While some SGIP-backed solar-storage aggregations in California qualify as RA, other utility projects seeking behind-the-meter capacity have barred participants from receiving SGIP or other installation incentives, the 2019 report states.

Many of those resources are organized under the Demand Response Auction Mechanism (DRAM) pilot program, which allows aggregators to earn money in two ways: by entering into RA contracts with utilities and by bidding into CAISO’s day-ahead and real-time energy markets.

DRAM hasn’t seen its budget expanded to allow broader participation by renewables aggregators over the past few years as the CPUC debates its next steps, limiting its growth. Meanwhile, traditional utility-run demand response initiatives such as the Capacity Bidding Program pay less than what’s available from DRAM, with payments disconnected from real-time energy market prices, he said.

CAISO allows distributed energy resources (DERs) to participate directly in its markets, but the Distributed Energy Resource Provider program hasn’t enlisted any aggregators yet. DER providers say that’s because CAISO sets deal-breaking requirements, including the need to be available at all times, which prevents alternative revenue-generating opportunities.

Even DRAM has its limitations, Folker said. For example, RA rules require resources to commit to at least four hours of continuous delivery. That’s meant to assure that CAISO can access a reliable, consistent peak reduction over time. But it also limits how “surgically” Leap can bid load-reduction potential into CAISO’s market during its net peak, when the sun sets, and the buffer between supply and demand dwindles the most.

Narrowing that minimum bid requirement to two hours, for example, could double batteries’ load-reduction potential, by halving the amount of time they’re required to draw upon their limited storage capacity. Capacity from homeowners turning off air conditioners or EV drivers delaying charging could also be boosted by shortening how long they’re asked to do it, he said. Since CAISO’s rolling blackouts were forced during a two-hour window, this kind of focused increase in capacity could have made a significant difference.

Behind-the-meter resources also can’t send energy back to the grid since demand response programs are built for load reduction, not energy export. Changing those rules could allow them to play a much more aggressive role, Ko said.

Stem sought emergency authorization from utilities to export from its batteries last week, but the company “couldn’t make that happen fast enough,” he said. “We don’t have the constructs in place to dispatch and get paid for DERs to help out in these emergency situations.”

Allowing behind-the-meter energy export would require reforms to CAISO’s Proxy Demand Resource and Reliability Demand Response Resource programs that organize much of the state’s utility demand response activity, he explained. CAISO, the CPUC and the California Energy Commission are planning a joint workshop to discuss the potential to provide RA credit to “hybrid” solar-storage behind-the-meter resources, a proceeding over which the energy-export issue is likely to loom large, he said.

There’s a lot of potential value being left on the table, Ko said. According to research from Stem, solar installer Sunrun and software startup Station A, the state’s latent solar-storage capacity could provide about 9 gigawatts of grid capacity under ideal conditions.

California’s nearly 20-year-old RA construct faces major changes to adapt to a future of increasing levels of intermittent clean energy. Key questions include how much to rely on out-of-state imports and how to enlist energy storage to replace a declining natural-gas power plant fleet.

But how to tap California’s fast-growing behind-the-meter capacity will also be an important part of the solution, said Ben Kellison, WoodMac’s director of grid research. One big question will be to determine “how much of the emergency capacity was called through market mechanisms versus how much just showed up out of a sense of societal obligation or goodwill” — and to determine whether policies need to change in order to pull some of the latter category into the former.