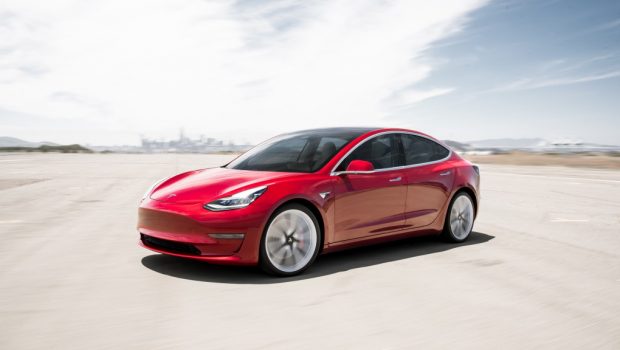 Published on June 18th, 2019 | by greentechheadlines

SEC filings from noted Tesla short Jim Chanos’ Kynikos Associates LP has shown that the prolific short-seller’s fund is long $420,000 on TSLA call options. While Kynikos’ Form 13F filing did not provide any information about Chanos’ short bet against the electric car maker or the call options’ strike price, the filing does give the impression that Chanos, long considered as Tesla stock’s biggest short, is considering a potential rise in the company’s share price.

Call options give the holder the right to buy shares of a specific stock at a specific price (known as a strike price), until a specified date (known as the expiration date). Investors often purchase calls when they are bullish on a stock, though they could be used as a form of insurance for short-sellers, who utilize calls to minimize their potential losses if their bets do not turn out as planned.

Jim Chanos’ long TSLA call options has been met by bewilderment from the Tesla community. Chanos, after all, is considered as the most prominent short-seller against the electric car maker, at some points giving the impression that there is no margin of error in his negative predictions on Tesla. When Chanos emphasizes his thesis that Tesla is worth a $0, for example, he speaks with such certainty that he seems entirely convinced that there is no way for the electric car maker to succeed.

With this in mind, his long TSLA call options, all but indicates that he expects Tesla stock to rise, indicates Chanos is seriously considering, or perhaps even expecting, that the electric car maker’s stock price will be rising. It should be noted that Jim Chanos’ long TSLA call options do not mean that he is turning bullish on the electric car maker. Chanos likely remains as one of Tesla’s most ardent short-sellers today. It just so happens that as of writing, the investing community could see that the legendary short-seller seems to be considering a scenario where he might be wrong in his bet against Tesla.

Kynikos’ rather surprising TSLA call options comes just days after another notable Tesla bear, former GM CEO Bob Lutz, took a sudden positive stance on the Silicon Valley-based electric car maker. Writing in a post on Road & Track, Lutz took particular care to narrate an encounter with a Tesla Model 3. Lutz proved impressed, even stating that the vehicle’s “various panels formed a body of precision that was beyond reproach.” Lutz further added that “excellent fit and finish also requires leadership focus and will,” and that is “something that Tesla clearly has.”

It should be noted that Lutz, just like Chanos, is known for taking a very aggressive stance against Tesla. During the Model 3 in Q3 2018, for example, Lutz was featured on CNBC‘s Closing Bell, where he declared that Tesla was “an automobile company that is headed for the graveyard.” “Tesla has no tech advantage, no software advantage, no battery advantage. No advantages whatsoever. The jaws are tightening, and I think in another year or two we’ll see a movie called Who Killed Tesla, a conspiracy movie starring Leonardo DiCaprio,” Lutz said.

Disclosure: I have no ownership in shares of TSLA and have no plans to initiate any positions within 72 hours.